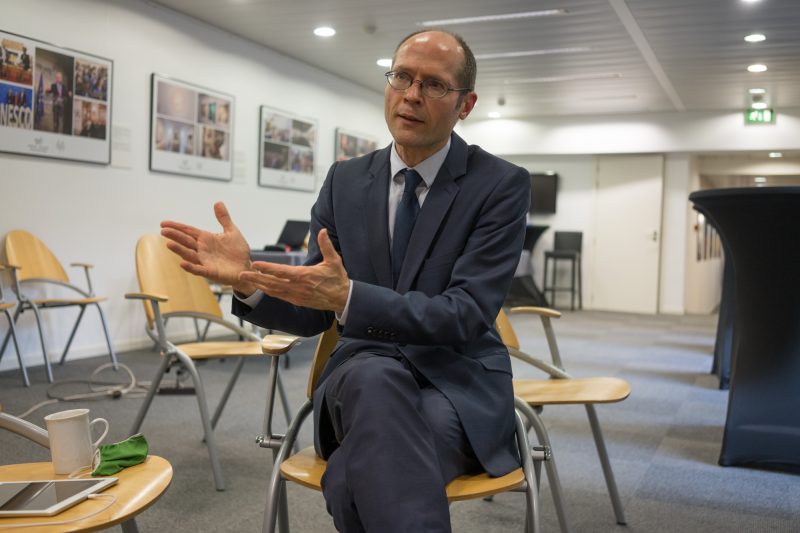 On June 19th, the International Labour Conference — the highest body within the International Labour Organisation, bringing together governments, employers and workers — requested the ILO to work on “a new international financing mechanism, such as a Global Social Protection Fund, which could complement and support domestic resource mobilization efforts in order to achieve universal social protection”.

The vote is the result of an effort that was launched almost 10 years ago. It is the current crisis, however, that made this breakthrough possible. As a result of the Covid-19 pandemic and the measures adopted to protect populations, an estimated 115 million additional people may have fallen into extreme poverty in 2020, and 35 million more may follow this year. This social disaster could only occur because governments were taken by surprise. Before the crisis, 61 per cent of the global workforce was still made up of informal workers or workers in precarious forms of employment, with little or no access to social protection. 55 per cent of the world’s population, 4 billion people, had no social protection whatsoever, and an additional 26 per cent were covered only against certain risks. When the pandemic hit, many countries adopted social protection measures to cushion the population from the shock. But the measures were mostly ad hoc and short term. Because social registries were often out of date or incomplete, many people were left out. Even worse, the poorest individuals, those who were most in need of support, often could not file claims, because of lack of information, lack of documentation, or lack of internet access. The social safety net appeared full of holes.

Low-income countries faced additional constraints. Many have been impacted by the loss of remittances, which fell by approximately 20 per cent on average due to the crisis. Some have suffered from the sudden freeze of the tourism sector. Moreover, high levels of debt (they were at a historic high even before the crisis hit) made it difficult for them to borrow money on financial markets in order to finance social protection. Initiatives such as the G20’s Common Framework for Debt Treatments beyond the Debt Service Suspension Initiative (DSSI) were improvised to provide highly indebted countries some breathing space. But this is at best a limited answer, since the countries which are meant to benefit fear, apparently not without reason, that if they seek debt restructuration, they will be poorly noted by rating agencies: indeed, this is why only three countries (Chad, Ethiopia and Zambia) joined the Common Framework. The liquidity problems of LICs have been made worse by the fall of commodity prices on which much of their export revenues depend, depriving them from access to the hard currencies required to reimburse their foreign debt. Moreover, these countries are typically weakly diversified. As a result, they may be reluctant to set up standing, rights-based social protection schemes, guaranteeing entitlements to the population, since they know that in times of crisis their public revenues may fall at the same time that social needs, and thus demand for social protection, increase.

A Global Fund for Social Protection would allow to increase support to low-income countries, thus helping them both to establish and maintain social protection schemes for the benefit of their population, and to improve the resilience of social protection systems against shocks.

This is affordable. The ILO estimates that the funding shortfall for low-income countries, representing 711 million people, is 79 billion USD per year, including 41 billion USD for health care. While this represents 15.9 percent of the GDP of LICs —an altogether unaffordable amount for these countries—, this is just half the total level of official development assistance (ODA) provided by OECD countries in 2020. Until now, social protection has largely been a neglected part of ODA: in 2018, it represented a meager 1 billion USD, which is less than 0.7 per cent of total ODA (or, including health, 3.5 billion USD, or 2.2 per cent of total ODA). This is one 60,000th of the total wealth produced in OECD countries (which was around 60 trillion in 2018).

The viability of the Global Fund, moreover, does not depend solely, nor even primarily, on the generosity of rich countries. Other and more promising sources of funding should be considered beyond ODA. Both UNCTAD and the Commission on Global Economic Transformation have advocated for expanding the fiscal space of developing countries in order to help them alleviate the impacts of the Covid-19 pandemic by a new allocation of IMF’s Special Drawing Rights (SDR): even a relatively modest amount of 655 billion SDRs (US$931 billion), which could be issued immediately without requiring parliamentary approval by countries, would allow low-income countries to finance part of their recovery. At their meeting of 4-5 June, the G7 ministers of finance and central bankers in fact referred to the use of SDRs, suggesting that the equivalent of 650 billion USD could be released by the end of August 2021 in support of countries’ efforts to finance the economic recovery: 21 billion USD of this amount would go automatically to LICs, and SDRs unused by other countries might further complement that. (The G7 Finance Ministers and central bankers also suggested to use SDRs in support of the Poverty Reduction and Growth Trust. This is a mistake. The PRGT, a facility managed by the IMF providing loans on concessional terms to low-income countries, is in fact ineffective in reducing poverty: beneficiary countries are discouraged from spending on essential services such as health and education, since access to such loans is conditional upon the reduction of fiscal deficits.)

Social protection moreover in any case should be seen not as a cost, but rather as an investment. It allows poor countries to gradually create the conditions for an inclusive type of growth, and thus in turn to better mobilise domestic resources for the financing of social protection floors. First, there is the classic keynesian argument: social protection plays a stabilizing role in times of economic downturn because it raises consumption levels of low-income households. Secondly, social protection strengthens the resilience of households, whose savings may protect them from having to sell productive assets in times of crisis and from being driven into destitution because of catastrophic health payments. Finally, social protection has significant multiplier effects: it leads to increased school enrollment and success, improved health outcomes, and higher labor market participation rates, thus benefiting local economies at large.

A report presented on June 29th to the Human Rights Council, a UN intergovernmental body meeting in Geneva, makes the case for the Global Fund for Social Protection. It argues that this crisis provides a unique opportunity to strengthen international solidarity in favor of social protection, and that this is an opportunity not to be missed. The future state of the world economy is full of uncertainties. But one thing we do know: there will be more and more violent shocks. Preparing better by providing income support to people throughout their lives is not only a human rights obligation and an ethical imperative – it makes economic sense as well.