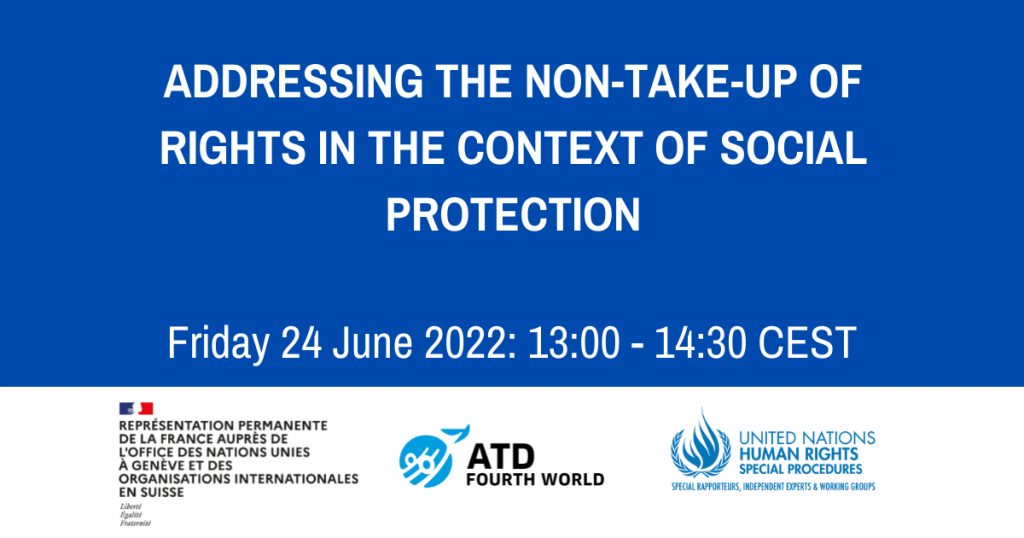 Join this online discussion (Friday 24 June, 13:00 – 14:30 CEST) as panelists address “non-take-up“: a phenomenon that sees millions around the world prevented from accessing the social protection benefits they are entitled to, and the theme of the UN Special Rapporteur’s upcoming report to the Human Rights Council.

Join via Zoom, passcode 050115 (English and French with simultaneous interpretation)

Jointly organized by the Permanent Mission of France to the United Nations in Geneva, the UN Special Rapporteur on extreme poverty and human rights, and ATD Fourth World

The event will be recorded and available to watch back on YouTube.