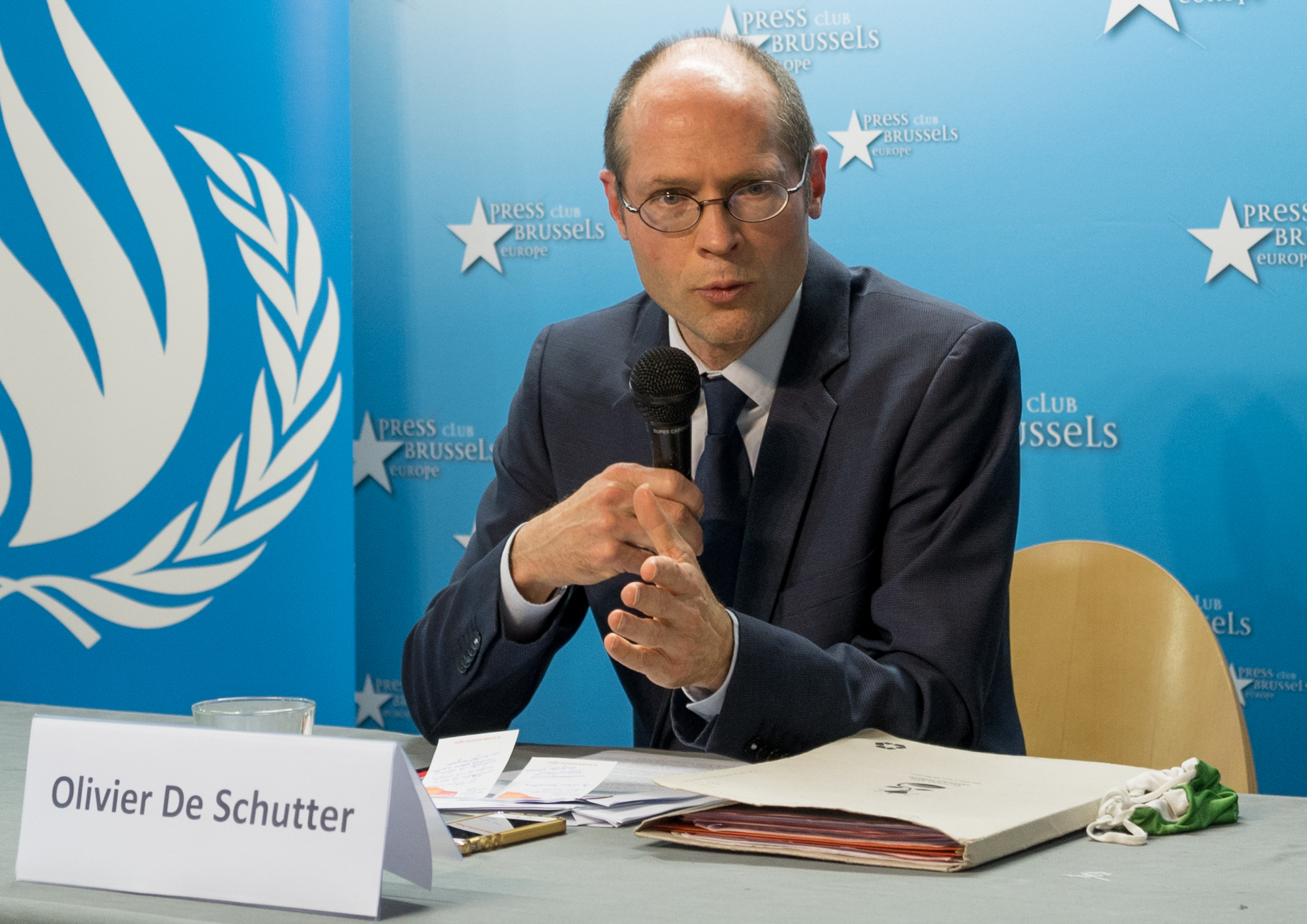 Olivier De Schutter was appointed theUN Special Rapporteur on extreme poverty and human rights by the Human Rights Council at its 43rd session, in March 2020.

He has taught human rights at the University of Leicester (United Kingdom), at the College of Europe (2008-2016), at Columbia University (2008-2013) and Yale University (2016-2017). He was a visiting professor at UC Berkeley in 2013-2014, where he helped launch the Berkeley Food Institute. In 2013, he was awarded the prestigious Francqui Prize for his contribution to international human rights law and to the theory of governance.

An expert on social and economic rights and on economic globalization and human rights, Mr. De Schutter served between 2004 and 2008 as a Secretary General of the International Federation for Human Rights (FIDH).  He was then appointed the United Nations Special Rapporteur on the Right to Food, a mandate which he fulfilled between 2008 and 2014. He was elected a Member of the United Nations Committee on Economic, Social and Cultural Rights, which he joined in 2015 and to which he was reelected in 2019. He resigned from that position in May 2020 in order to accept the mandate of Special Rapporteur on extreme poverty and human rights.

Mr. De Schutter has published widely on economic and social rights and on the relationship between human rights and development. He has also published extensively on transnational corporations and human rights. He is the founder and Editor-in-chief of the European Journal of Human Rights.