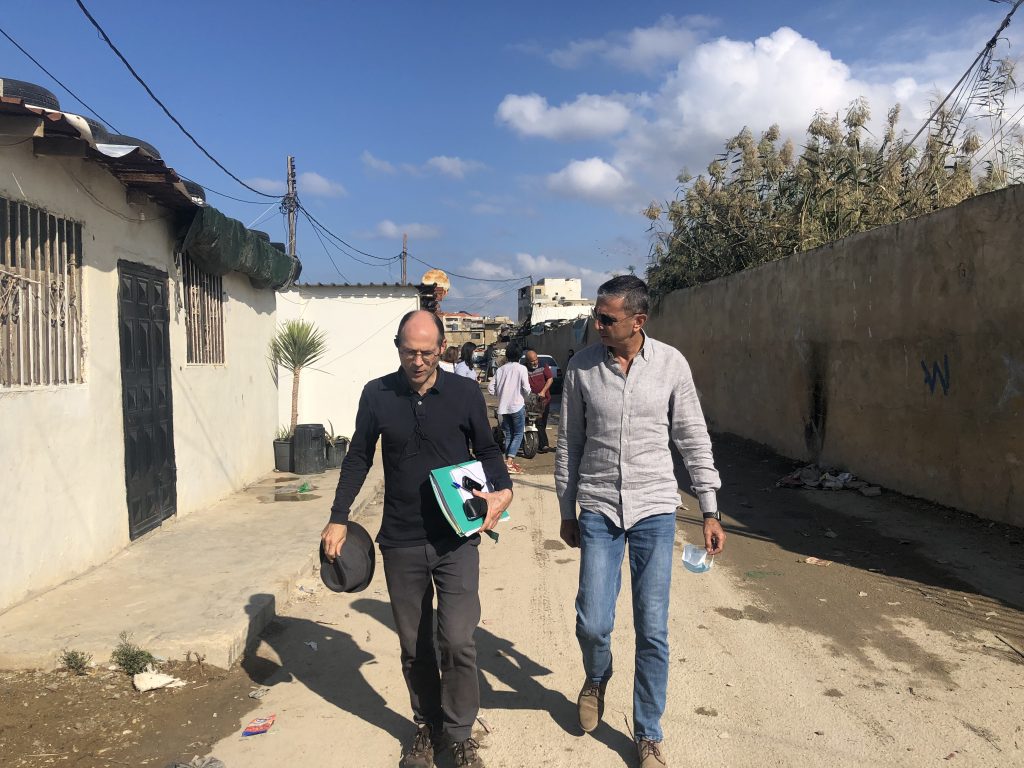 The following was published as the Special Rapporteur took up his role on 1 May 2020, summarising the priorities of his three-year mandate (May 2020 – May 2023):

The economic downturn following the Covid-19 pandemic, the worst crisis since the Great Depression of 1929, is an unprecedented setback in the efforts to eradicate poverty. The crisis particularly hurts self-employed workers and workers of the informal sector or in precarious forms of employment: the former have minimal or no access to social protection in cases of illness or unemployment, and the latter shall be the first to be laid off as a result of business downsizing or closing.

55% of the world’s population (4 billion people) have no access to social protection whatsoever, and only 29% enjoy the full range of social security benefits in a life-cycle perspective — from child allowances to unemployment and sick allowances, and from disability allowances to old age pensions.

The crisis also affects women disproportionately: women are over-represented in the informal sector, as well as in certain labor-intensive segments of global supply chains where massive layoffs have already taken place; and it is women who shall shoulder most of the additional burden imposed on families following the closure of childcare services and schools and who, in larger proportions than men, will be caring for the elderly and sick.

Against this background, the Special Rapporteur on extreme poverty and human rights shall work with a sense of urgency.

He intends, first, to contribute to the effort to make social protection floors universal, building on the Social Protection Floors Recommendation (No. 202) unanimously adopted in June 2012 by the International Labour Conference, as well as on General Comment (n°19) on the right to social security of the Committee on Economic, Social and Cultural Rights, which defines minimum requirements derived from article 9 of the International Covenant on Economic, Social and Cultural Rights. However, the implementation remains an unfinished task. Workers in the informal sector (61 percent of the global workforce, representing 2 billion workers) and workers in non-standard forms of employment, including “just-in-time” workers of the gig economy, have little or no access to social protection. The “non take-up” of rights remains a widespread phenomenon: the intended beneficiaries of social support are not informed about their rights; they face various obstacles in claiming benefits; or they may experience shame or fear their encounters with social services, for instance because they are undocumented migrants or because of the risk of having children removed from the family.

In addition, a number of countries are unable to mobilize sufficient resources domestically to fund standing, rights-based social protection schemes. The Special Rapporteur shall work towards establishing a new international financial facility in support of the establishment of social protection floors, following the initial proposal for a Global Fund for Social Protection he made already in 2012, then in his capacity as Special Rapporteur on the right to food.

Secondly, the Special Rapporteur shall contribute to the efforts to define the contours of a “just transition”, achieving social justice within planetary boundaries. The 2030 Agenda for Sustainable Development calls to move away from a development model in which we grow the economy first, in the hope of compensating later for the environmental damage caused and for the increased inequalities that result from the pressure to be competitive. The Special Rapporteur shall work with governments, international agencies, academic experts, civil society and social movements to identify the various tools that could help accelerate this transition. Such tools include strengthening the social and solidarity economy; encouraging cities to support citizens-led initiatives based on the idea of the commons; as well as increasing investments in renewable energy sources, in the insulation of buildings, in public transport, in agroecological agriculture and in local food systems, and in the circular economy, all of which can contribute to boosting local economies, to employment creation, and to the decoupling of economic growth from the ecological footprint. This is our chance to shape a livable future, in which an end shall be put to the growth of inequalities and in which new opportunities shall be open, particularly for people who are marginalized and socially excluded, and people with low levels of qualification.

Participation of people in poverty

None of the objectives listed above could be attained without an active participation of people in poverty in the design and implementation of the innovations that can contribute to the eradication of extreme poverty, the promise of Goal 1 of the Sustainable Development Goals. People in poverty experience various forms of discrimination, based mostly not on the level of incomes per se, but on family relationships, on the schools the person has attended, or on childhood circumstances.

The intergenerational transmission of poverty remains high, due in particular to insufficient investment in early childhood, but also to the stigma attached to poverty. People in poverty also have been traditionally excluded from political processes: poorly informed, rarely consulted, they have generally not been a constituency that mattered. To reverse this, the Special Rapporteur is committed to working closely with people in poverty and those with an experience of poverty, in order to ensure that their unique knowledge informs the work of the mandate, and that the social innovations they have experimented guide the search for solutions. This is why he shall convene a series of “Participatory Dialogues”, on themes ranging from adaptive social protection to discrimination against people in poverty and from the formalization of informal workers to the role of early childhood interventions, to break the vicious cycle between economic marginalization and political disempowerment.