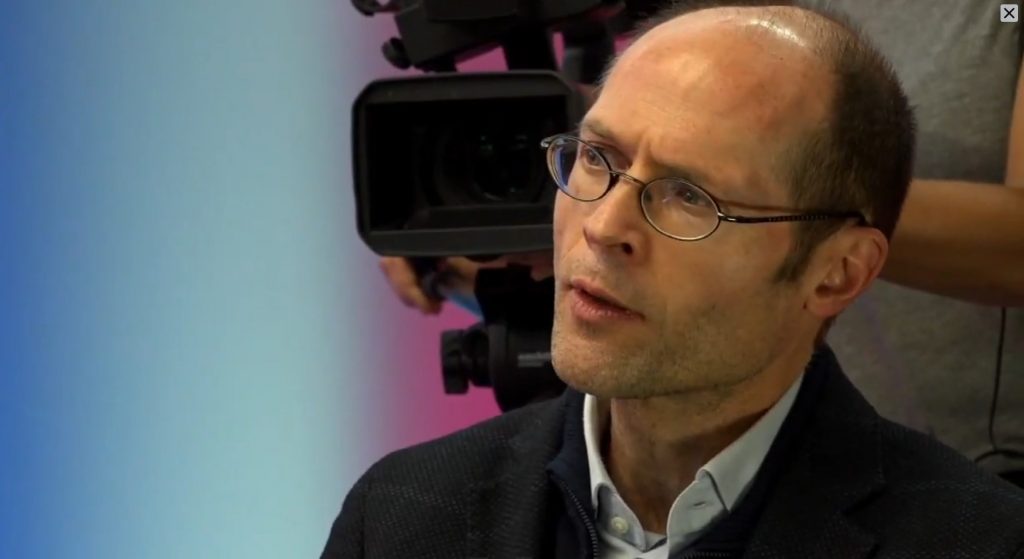 Olivier De Schutter is the United Nations Special Rapporteur on human rights and extreme poverty. Ahead of the Porto Social Summit, he shared his analysis of the social situation in the EU. (Interview by Pascal Hansens)

Agence Europe – What are the main causes of poverty in Europe?

Olivier De Schutter – There are two main causes. Firstly, until recently, there has been underinvestment in public services and social protection, including health, partly as a result of the country-specific recommendations of the ‘European Semester’.

Secondly, the multiplication of non-standard and precarious jobs leads to a fragmentation of the world of work which allows an artificial reduction of underemployment.

Ninety-two million people are at risk of poverty in Europe, and almost one in four children live in a family at risk of poverty. Constrained expenditures, such as the cost of mobility, access to water, education or housing – the expenditure line item that has changed the most in the last 10 years – have continued to increase.

In the context of the pandemic, has the European response been adequate to limit the increase in poverty and inequality?

The European response has been remarkably reactive. But if we take the flagship instrument of Next Generation EU, which is the Recovery and Resilience Facility, we have 37% of the funding for the environmental transition, and 20% dedicated to the digital transition. There are no real criteria or even a methodology for assessing the impact of national stimulus packages on reducing poverty and inequality.

It is to be hoped that the efforts made to revive the economy, to make it greener, to digitise it, will benefit the poorest and reduce inequalities. But we have no guarantee of this.

How can we explain this economic approach, which is ultimately quite orthodox and is based on growth and full employment?

There is a severe lack of imagination in the fight against poverty. Economic growth has always been relied upon as a condition for everything else. Growth is supposed to bring in more tax revenue and then transfer resources to the most vulnerable through social policies.

But the economic growth of the 1970s is impossible to regain. Above all, economic growth as a condition for poverty reduction leads to choices among governments that actually create exclusion: it is in the name of searching for growth that the deregulation of labour, the reduction of social security contributions, the negotiation of free trade agreements, and the reduction of corporate taxation are claimed to be justified.

Do you fear a return to fiscal orthodoxy once the pandemic is over?

I hear conflicting messages from the European Commission. On the one hand, there is a desire not to repeat the mistakes of 10 years ago, when pro-cyclical measures aggravated the crisis at the worst possible moment. But on the other hand, the more progressive members of the European Commission are sometimes marginalised. Commissioner Nicolas Schmit, who is responsible for employment and social rights, is not part of the working group on the future of the Stability and Growth Pact.

However, the budgetary pact must be reviewed and investments in social, education, training and health care must be excluded from the calculation of annual deficits in order to create the conditions for inclusive growth in the future.

What is your assessment of the Pillar since its adoption at the end of 2017?

The Pillar is certainly a strong and welcome signal, but it is not a catalogue of rights like the Charter of Fundamental Rights. It guides the European Commission’s policy and legislative initiatives, but its principles cannot be used to challenge certain measures taken by the institutions or to force them to take certain initiatives.

However, some parameters have changed in European socioeconomic governance. The weight of the country-by-country recommendations in the European Semester process, which were, until now, not very binding for the States, has been strengthened since access to European funds under the Recovery and Resilience Facility is now conditional on compliance with the country-by-country recommendations.

The European Commission has a very good card to play through the country-by-country recommendations to compensate for the difficulties on certain delicate issues, such as taxation.

So you consider ‘soft law’ to be a potential solution. But what about the Commission’s recommendation on minimum income?

Although there is a sufficient legal basis in the European treaties to propose a directive on the issue of a guaranteed minimum income, an EU Council recommendation will have to suffice, as in 1992, because the Commission fears a lack of support from Member States for a more ambitious measure.

The fact that the EU Member States are already bound internationally by a series of international treaties, such as the Council of Europe’s European Social Charter or the United Nations’ International Covenant on Economic, Social and Cultural Rights, has not been evaluated. The European Commission could usefully draw on Council of Europe and UN standards to move the social issue forward more quickly.

The action plan foresees a reduction in the number of people at risk of poverty by 15 million by 2030. Do you think it is up to the challenge?

The objective is too modest. The UN’s first 2015 Sustainable Development Goal called for a 50% reduction in poverty for every country. Above all, this 15 million target was not accompanied by any binding mechanism or sanction in the event of non-compliance.

The objective is certainly European, but it must be broken down into objectives for each Member State. Otherwise, I fear that in 10 years’ time we will have to face the same failure as for the poverty reduction target in the Europe 2020 strategy.

The Conference on the Future of Europe will be launched on 9 May. In your opinion, do the European treaties prevent social convergence in Europe?

Yes, and for three reasons. Firstly, because of the unanimity requirement for tax harmonisation. The States insist on their sovereignty, but it is a deceptive sovereignty. The tax choices made by States, as soon as they concern companies or the highest incomes, are dictated by the tax optimisation strategies of these same players. As a result, States are competing with each other. There is no sovereignty in widespread tax competition.

Secondly, the Treaty on the Functioning of the EU, in its Article 153(5), organises social competition within the European Union, with a provision requiring unanimity on wage determination. Some countries prefer to limit wage catch-up to maintain a competitive position in the internal market.

Thirdly, within the framework of Economic and Monetary Union, the imperative of budgetary discipline is an obstacle to States investing in the social sector, which weakens some social protection systems.

I believe that a serious examination of conscience is therefore needed to provide the Union with a constitutional framework for fighting poverty and achieving inclusive growth. Unfortunately, I understand that the Conference will not result in an Intergovernmental Conference reopening the possibility of amending the Treaties.

It will therefore be necessary to be imaginative in order to overcome these three obstacles.

I am obviously in favour of such a protocol. The advantage of such a protocol is that it is conceivable that it would not need to be concluded among the EU-27. This system was used during the negotiation of the Maastricht Treaty in 1992 to overcome the reluctance of the then British government, under John Major, to commit to more social harmonisation.

Is there an appetite among governments for a more social Europe, in your opinion?

There are two groups of reluctant Member States, but for diametrically opposed reasons. A group consisting of some Central and Eastern European Member States that focuses on wage competitiveness. And a group of States, the Scandinavian States, which fears that social harmonisation would jeopardise their own highly developed welfare state and the role of collective bargaining.

And among European citizens? A recent Commission survey seems to show this.

I see that sometimes reforms, for example of the labour market, that are imposed by governments in the name of their competitiveness in the internal market, have met with resistance at the grassroots level. I am thinking, for example, of the very strong mobilisation in Hungary and Spain, in 2011 and 2012 respectively, against labour market reforms motivated by a concern to improve competitiveness.

There is much more appetite for social issues among people than among governments. Absolutely.