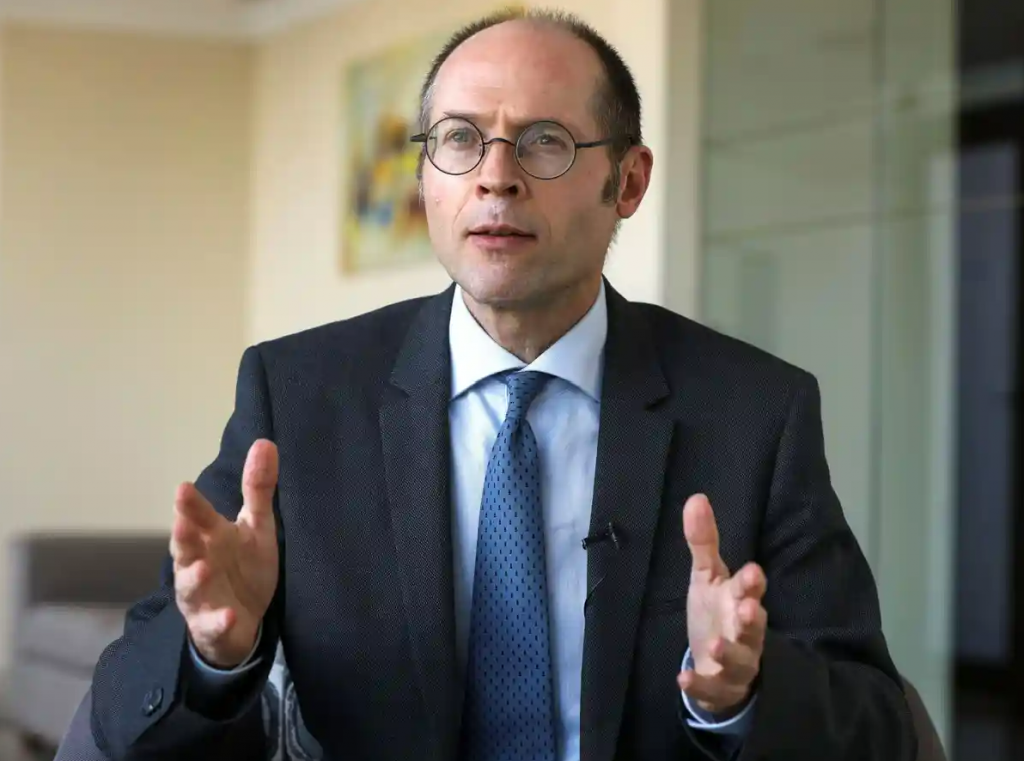 Prejudice against poor people is “a stain on society” that needs to be made illegal, according to a senior UN official.

In an address to the UN general assembly later this week, Olivier De Schutter, special rapporteur on extreme poverty and human rights, will call for the term “povertyism” to be included in anti-discrimination law alongside sexism and racism “to stop destroying people’s lives”.

“Poverty will never be eradicated while povertyism is allowed to fester, restricting access to education, housing, employment and social benefits to those who need them the most,” De Schutter will tell the general assembly on Friday.

“The world is finally waking up to the injustices of racism, sexism and other forms of discrimination, and putting laws in place to stop them from destroying people’s lives. Povertyism … must be treated just as seriously,” he will add.

In a new report to be released on Friday, De Schutter defines “povertyism” as the negative stereotyping of the poor, and “a major source of non-take-up of rights” in that it can discourage people from applying for jobs and benefits.

Examples cited include employers judging CVs more harshly when an applicant’s address is in a deprived area, landlords refusing to rent apartments to tenants on benefits, and poorer primary school pupils being given different advice on secondary education from that given to their more privileged peers.

Such “humiliation and exclusion” will not disappear on their own, argues De Schutter. He is calling on governments to include “socio-economic disadvantage” in anti-discrimination laws as a protected characteristic similar to age, sex, disability and race. He also wants “pro-poor affirmative action”, which he considers essential to breaking the vicious poverty trap.

De Schutter, a Belgian legal scholar, told the Guardian his call was aimed at countering social attitudes. He added that while povertyism was a global problem, there tended to be greater stigmatising of the poor in wealthier countries where inequalities are starkest.

He said: “What we need to counter is a discourse that has been rising since the 1980s, about people ‘abusing the system’, people in poverty who ‘have themselves to blame’. This blaming of people in poverty is something that we must challenge.”

He was prepared for attacks from those in positions of power who believe in meritocracy as the ultimate arbiter of social justice, he added.

“We have many studies showing that the belief in meritocracy is highest in those more unequal societies and the UK is not faring very well in this regard for the moment, nor is the US in fact. And it is the elites in those countries that believe in meritocracy because, of course, that’s a way for them to confirm their sense of superiority,” he said.

“So there will be these attacks, I’m aware of this. They will come from the fringe of the politicians and they will not come from the mainstream, I’m sure. But there will be attacks, because that ideology remains important and influential. And that outlook is based on the quasi-pathology that if you succeed in life, it is because you deserve [it]. And so if you fail, it’s because somewhere you’ve [made] a mistake.”

De Schutter says there have been some recent advances globally, with France now defining discrimination on the grounds of poverty a criminal offence and the Canadian province of Quebec including “social condition” as a prohibited ground of discrimination.

But many countries are reluctant to acknowledge the issue, he believes, primarily because socioeconomic disadvantage is not a fixed identity someone cannot change, like race, age or sexual orientation. “While this is correct in principle, poverty is nevertheless a trap from which individuals may find it difficult to escape,” De Schutter writes in his report.

The special rapporteur said policymakers globally should take action now, as millions of people are battered by the cost-of-living crisis and fresh rounds of austerity are being considered to stop public debt ballooning.

“We need more than ever to protect people in poverty from that kind of policy,” De Schutter said. If action is not taken, inequality is likely to be deepen, and social cohesion weakened, he added.

“I think there is a real risk that people in poverty will not benefit as much as they should from whatever social protection measures are implemented to protect people in poverty from the austerity measures that we are likely to see adopted, and so the gaps will widen between people in poverty and the richest segment in the population – and even the middle class,” he said.