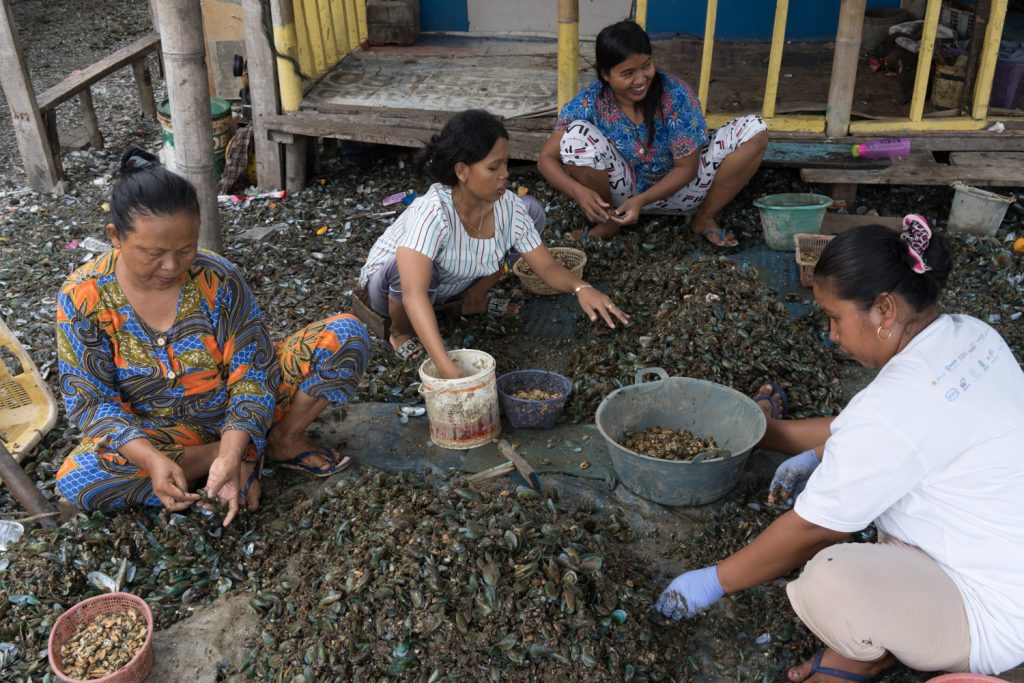 Think of pristine waters, endless beaches, lined with palm trees and lush green mountains as a glorious backdrop.  With travel for many a distant memory during the current Covid pandemic, it sounds like a tourist’s dream come true.
And that’s exactly what the Indonesian government is going for with Mandalika, a new tourist area touted as the next Bali. But a massive government-backed programme to develop it as a luxury travel destination has run into allegations of numerous human rights violations at the site.

Mandalika is a key investment project for Indonesia, and it also has international investment, amongst others from the Asian Infrastructure Investment Bank (AIIB). It’s a coastal stretch on the island of Lombok, just to the east of Bali, and there’s no question that it’s beautiful.

To maximise its tourism potential, the government wants to attract five star global hoteliers like Pullman, Paramount and Club Med. There’s also already a Grand Prix motorcycle circuit being built at the site – not exactly what many might associate with beach holidays in the tropics.

‘Threats and intimidation of locals’

But in late March, UN experts denounced the mega project as “trampling on human rights”. It said the locals had been “subjected to threats and intimidation” and were “forcibly evicted from their land without compensation,” according to a joint statement by a whole panel of UN specialists. The harsh criticism also took direct aim at the AIIB and French group VINCI which is the largest investor, in charge of the racing circuit, several hotels and a hospital.

But regional authorities and police have denied accusations of land grabbing and forced evictions, with Indonesia’s mission at the UN even accusing the experts of coming up with a “false narrative”.

The AIIB has also stressed that it adheres to environmental and social guidelines and responds “quickly” to complaints that arise. “The final report found no evidence of alleged coercion, use of direct force, and intimidation related to land acquisition and resettlement,” an AIIB statement said.

When reporters from the BBC’s Indonesian Service went to Mandalika to see for themselves, the experiences of the locals varied widely. Dozens of families with their livestock are still holding out in Kuta village while the large equipment for the construction of the motorcycle circuit can be seen from behind the coconut trees.

The situation is complicated by the fact that not all of the villagers had documentation that they owned the land they live on. Out of several hundred households, about 180 don’t have any proof of ownership and can’t contest their eviction in court. One of the residents still holding out says she has not moved because she believes her family has never actually sold the land to the government. Meanwhile, other residents in the same area have been told their land already belonged to the state.

Many of those without proof of land ownership have already been relocated to an area about two kilometres away from the village of Kuta. But Olivier De Schutter, UN special rapporteur on extreme poverty and human rights, told the BBC Indonesian Service that those who had not been relocated were now forced to live alongside a construction site. “What is really troubling is that the work on building these hotels and the Moto Grand Prix circuit has started without the family being actually relocated and resettled in an adequate condition,” he said.

Mr De Schutter adds that the government was not doing enough by simply picking villagers up and relocating them – adding that many of them were reliant on their old village for their livelihood. “Having a roof, water, electricity, and food, is not enough,” he said. “You need to have the ability to make a livelihood. Otherwise, these communities will be in a desperate situation.” Simply receiving monetary compensation, he said, was not enough of a substitute.

Damar is one such villager who did receive compensation from the government – but says it was not enough. One of the former residents of Kuta, he grew up less than 500 metres from the circuit construction site and owned a large area of about 3.3 hectares – for which he had proof of ownership. “I still remember the first meeting in 2019; they immediately said, in August, the land must be vacated,” he told the BBC. “So we were confused, there has been no socialisation, no deliberation, and no agreement from the two parties.” According to Damar, his land was assessed by an independent appraisal team and he got paid for it. But he says the money doesn’t match the pain to start a new life and the sadness of leaving the community he had been trying to build for years. “We took the compensation money because we had no other choice.”

A question of sustainable development

There has also been criticism as to whether such mega projects are still timely in the 21st century. Bali’s southern luxury enclave of Nusa Dua was in fact also developed by a state-owned corporation. In that case it did work to transform Bali to an international dream destination.

But that was in the 1970s, when there wasn’t much tourism in the region and arguably without state backing no luxury resorts would have come to the island.
Today however, experts argue that it is a different story. “Large-scale tourism development that tramples on human rights is fundamentally incompatible with the concept of sustainable development,” said the statement by UN specialists.
“The time has passed for racing circuits and massive transnational tourism infrastructure projects that benefit a handful of economic actors rather than the population as a whole. Post-Covid economies should focus on empowering local communities, enhancing their livelihoods and participation in decision-making.”
Meanwhile, the work on the projects continues. The motorcycle circuit is largely finished and scheduled for completion by July this year.

A World Superbike event is already scheduled in November while a World Moto GP is planned for next year. Locals will have little to no chance of staying in the area.