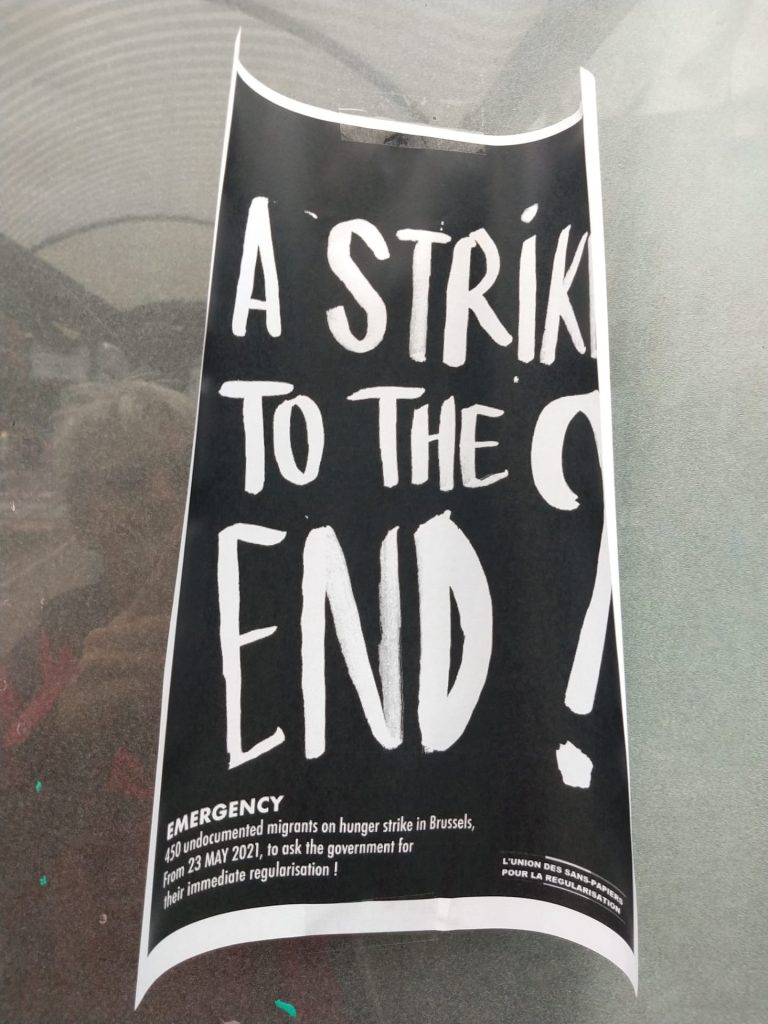 After their attention was brought to the critical situation of 430 undocumented migrants on hunger strike in Brussels, UN Special Rapporteurs Olivier De Schutter and Felipe Gonzalez addressed an open letter to Sammy Mahdi, the Belgian Secretary of State for Asylum and Migration, offering a way out of the deadlock.

« The information we have received is alarming, and several of the hunger strikers are between life and death » said Olivier De Schutter, the UN Special Rapporteur on extreme poverty and human rights. Felipe Gonzalez, the UN Special Rapporteur on the human rights of migrants declared that « the government must immediately confirm that the hunger strikers’ health status rules out any possibility of expulsion. It should consider issuing temporary residence permits allowing any person who introduces a request for stay regularisation the right to exercise an economic activity. »

In the medium term, the experts offer three possible solutions to resolve the crisis and ensure that the fundamental rights of the approximately 120.000 undocumented migrants living in Belgium are respected.

Firstly, the experts call upon the government to establish a permanent, independent and impartial mechanism separate from the Immigration Office that would be competent for examining requests for regularisations. Persons wishing to have their stay regularised are currently dissuaded from doing so for fear of being arrested and expelled from the country.

Secondly, it is urgent to specify and to broaden the conditions for accessing regularisation procedures in Belgium. In practice, the notion of « exceptional circumstances » as it appears in the law leaves room for arbitrariness and leads to low rates of admissibility.

These advances would allow Belgium to meet its obligations under international human rights instruments such as the International Covenant on Economic, Social and Cultural Rights and the Convention on the Rights of the Child. And to save lives.

The open letter is available here or there

And the response from the State Secretary Sammy Mahdi : here