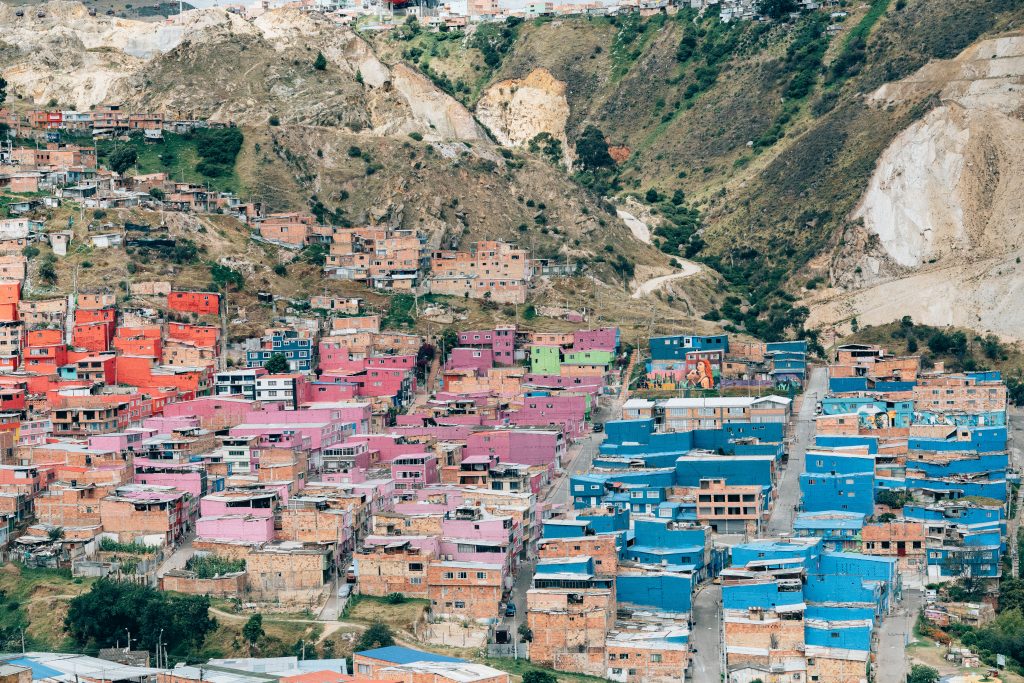 Photo by Social Income on Unsplash

When COVID-19 first swept across Latin America and the Caribbean, the prospect of rolling out a vaccine to the region’s 650 million people seemed a herculean task.

Yet despite significant supply issues and complex logistics, today over two-thirds of the population is fully vaccinated,  an admirable feat that positions the region as a global leader in COVID-19 vaccination.

Another pandemic rages on, however. One that has caused far greater suffering, yet generated less urgency, than COVID-19: the pandemic of poverty.

Recent estimates from the United Nations Economic Commission for Latin America and the Caribbean put the number of people living in situations of poverty in the region at 201 million: millions unable to access their right to the most basic of human needs – food, safe drinking water, adequate housing, education, health.

There is a vaccine that we know can end this pandemic: social protection. Systems of benefits and services that not only provide an escape for people trapped by the generational chains of poverty – or a safety net for all of us in times of crisis – but that ultimately create more resilient and prosperous societies.

Yet while considerable progress has been made in recent decades to expand social protection coverage in Latin America, surprisingly little attention has been paid to the countless individuals who are unable to benefit from it.

In other words, we have the vaccine; the challenge is ensuring it reaches all who need it.

Across the region, social protection benefits are going unused on what we suspect is a massive scale – a phenomenon known as ‘non-take-up’. This urgent but overlooked issue is the subject of my latest report to the United Nations Human Rights Council which exposes this gap between recognizing the right to social protection on paper and ensuring beneficiaries can effectively claim and receive it.

From the data available to us, we estimate that between 30 to 40% of the population who are eligible for benefits such as child or housing allowances are not claiming this support.

To understand why, we ran a global survey on the reality of non-take-up. Across all world regions, including the nine countries of the Latin American and Caribbean region covered in the survey, the most cited reason for individuals not applying for benefits was simply not being aware of them.

This is the supply bottleneck in the pandemic of poverty: you can’t apply for a benefit you don’t know exists.

Marginalized groups are hit the hardest. Literacy rates tend to be lower among people living in poverty, older persons, rural populations and women, and so they are less likely to be aware of social protection schemes. In Haiti, approximately 90% of women aged above 65 are illiterate, for example.

Language is also a barrier. In Colombia, information about the country’s registration systems for social benefits is available only in Spanish – a significant hurdle for indigenous peoples whose first language may be different.

There are many other reasons for non-take-up. Complex, costly and often humiliating application processes are a major obstacle that needs to be recognised and addressed, while stringent conditions designed to prevent fraud instead deter millions from accessing the support they are entitled to.

Finally, a lack of public funding for certain social protection programmes means they won’t cover all eligible individuals. In Brazil, the much-touted cash transfer programme ‘Bosla Familia’ placed a limit on the funds available to each municipality, meaning some families were denied access once all funds had been allocated.

It’s a not insignificant list of challenges, but governments could do worse than look to the region’s COVID-19 vaccination programme for inspiration.

Imagine if the same urgency, energy and resources were poured into a campaign to reach those missing out on the benefits they so desperately need to break free from the grip of poverty.

There are instances where this is already happening. Brazil, for example, transformed buses and ships into mobile agencies to engage with potential beneficiaries of its rural pension scheme. In Uruguay, information about the country’s social security system is woven into the school curriculum.

But the level of response across the region remains uneven and, on the whole, insufficient. Much more must be done to proactively reach out to potential claimants so that they know about the benefits they can access.

The rollout of COVID-19 vaccinations across Latin America proved that when we are imaginative and resolute, even the greatest of challenges are not insurmountable. The rollout of social protection is no less crucial to humanity, and it must come next.