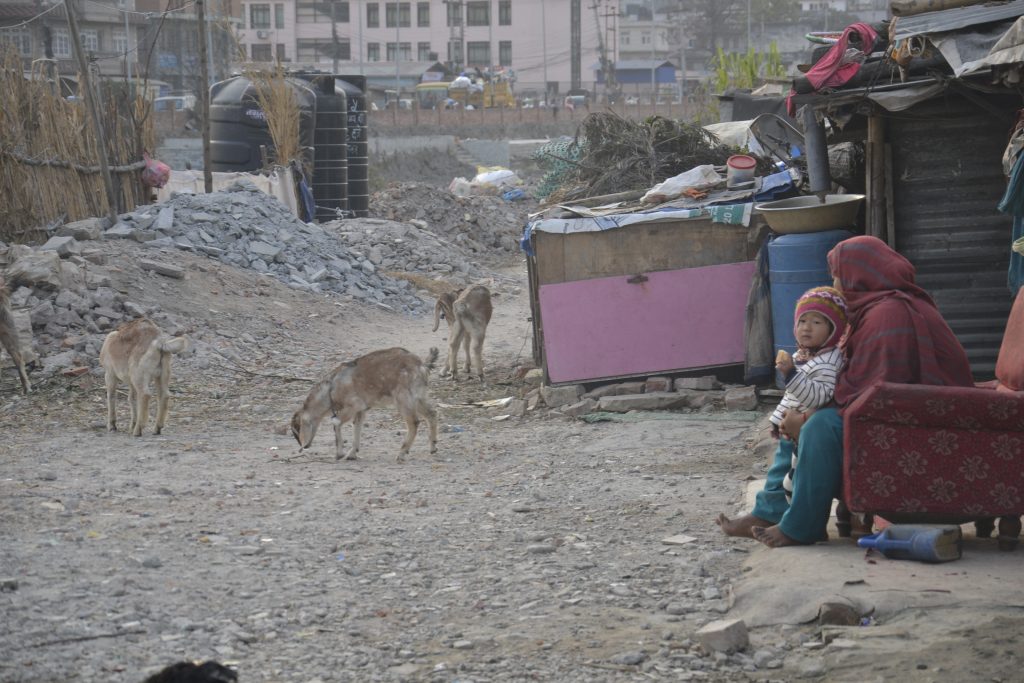 The event was organised by Nepal Mahila Ekata Samaj, a network organisation of landless women scattered in 40 districts of Nepal.

Schutter arrived in the country at the invitation of the Government of Nepal to study the government’s efforts to mitigate poverty. At the end of his visit, he will bring together an overview of Nepal’s poverty situation and make necessary recommendations. He will be in Nepal till December 9.

Speaking to those who had gathered at the event, Schutter urged them to speak to him about their problems fearlessly.

“I will speak to the government to tell them about your experience and of your obstacles. So speak without fear. I am here to listen and watch. I will present the government with a picture of some situations the government may not wish to see or may not have seen. It is important that these problems make it to the front [to better the lives of people],” said Schutter.

In May 2012, the government had mobilised more than 2,000 security personnel to bring down several huts of landless squatters on the banks of Bagmati River in Thapathali. A total of 251 huts were demolished.

Ever since then, the people of the slum have lived in perpetual fear of being evicted from their settlement. According to the Oppressed Squatter Committee, the Thapathali area has 136 households and a total population of 616.

“We only want our concerns to be heard. We have nowhere to go and the state doesn’t count us as humans,” said 50-year-old Balkumari Pariyar, an inhabitant of the slum. “But we are equal citizens of the country and the government needs to be answerable to our plights.”