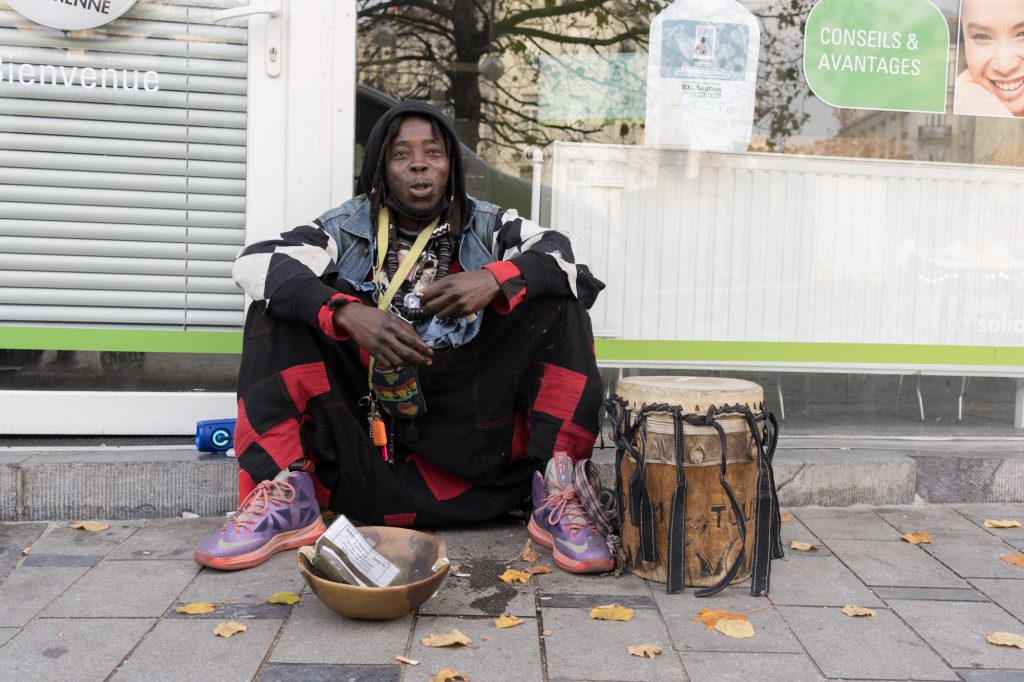 With a GDP-per-capita above €30,000, the European Union is one of the richest regions of the world, and its member states boast strong social programmes to support job-seekers and low-income families.

Yet, one fifth of the total population – totalling 91.4 million people – are still at risk of poverty or social exclusion, and access to housing remains difficult for many Europeans: at least 700,000 people sleep rough each night in the EU, and according to a Eurostat survey, three-in-100 people say they have already had to live with relatives on a temporary basis while one-in-100 people say they have already lived on the street, in emergency or temporary accommodation or in a place not suitable for housing.

This gap between the resources available on the one hand, and the persistence of poverty and homelessness on the other hand, is what makes these figures more than an embarrassment: it raises them to the level of a human-rights crisis.

In part due to the Covid-19 crisis, there is now a strong momentum around combating social exclusion in the EU.

The launch of the European Platform on Combating Homelessness at a high level conference organised on 21 June by the European Commission and the Portuguese presidency is part of this effort.

The EU member states will sign a declaration indicating their commitment to tackle homelessness. But commitments are not enough, unless they are monitored and enforceable: this is why the platform should ground its work on a human rights framework.

As parties to the International Covenant on Economic, Social and Cultural Rights, all EU member states have already undertaken to prevent and eliminate homelessness; to put an end to forced evictions; and to ensure access to a remedy in case of violations.

In order to discharge this obligation, however, a first and elementary step is first to face the reality: although various recommendations exist at both international and European levels about how to measure homelessness, reliable data are still missing in the EU, making it difficult both to design strategies and to monitor progress.

Governments should not only quantify the phenomenon: as they committed under the Sustainable Development Goals (target 17.18), they should also disaggregate data (by income, gender, ethnicity, age, migratory status, etc.) in order to identify which groups are most at risk and, thus, how to prevent homelessness.

The missing data is an obstacle to action: all too often, problems that are not measured remain invisible to policy-makers and are not seen as a priority even to the general public.

A second challenge is that, instead of being treated as rights-holders who should be guaranteed access to remedies, homeless people are still routinely criminalised.

Various human rights instruments prohibit the criminalisation of homeless people: the Guiding Principles on Extreme Poverty and Human Rights provide that states should “repeal and reform any laws that criminalise life-sustaining activities in public places, such as sleeping, begging, eating or performing personal hygiene activities”, and the Guidelines for the Implementation of the Right to Adequate Housing recommend that states “repeal all laws and measures that criminalize or penalize homeless people or behaviour associated with being homeless, such as sleeping or eating in public spaces”.

The European Parliament has also adopted a number of resolutions, most recently in January 2021, asking that member states “put an end to the criminalisation of homeless people and change the discriminatory practices used to prevent homeless people from accessing social services and shelter”.

Yet, as a recent judgment of the European Court of Human Rights reminds us, the criminalisation of begging is still common across Europe.

A third challenge, finally, is that victims of homelessness should have access to remedies to challenge the actions that lead to lead to their eviction from their homes and to claim a right to support.

Earlier this year, the European Parliament called on the EU Commission and the member states to “ensure that the right to adequate housing is recognised and enforceable as a fundamental human right through applicable European and national legislative provisions”.

Far from being a long-term objective, this calls for immediate action to be taken at domestic level, to move from generous but empty promises about the realisation of the right to housing to making it a reality in people’s lives.

The establishment of the European Platform on Combating Homelessness provides a unique opportunity to strike a decisive victory in the battle against extreme poverty and homelessness, one of its most dramatic manifestations. In this battle, the human rights framework is neither a luxury nor an inconvenient restraint: it provides a compass, and an indispensable tool to ensure effectiveness.