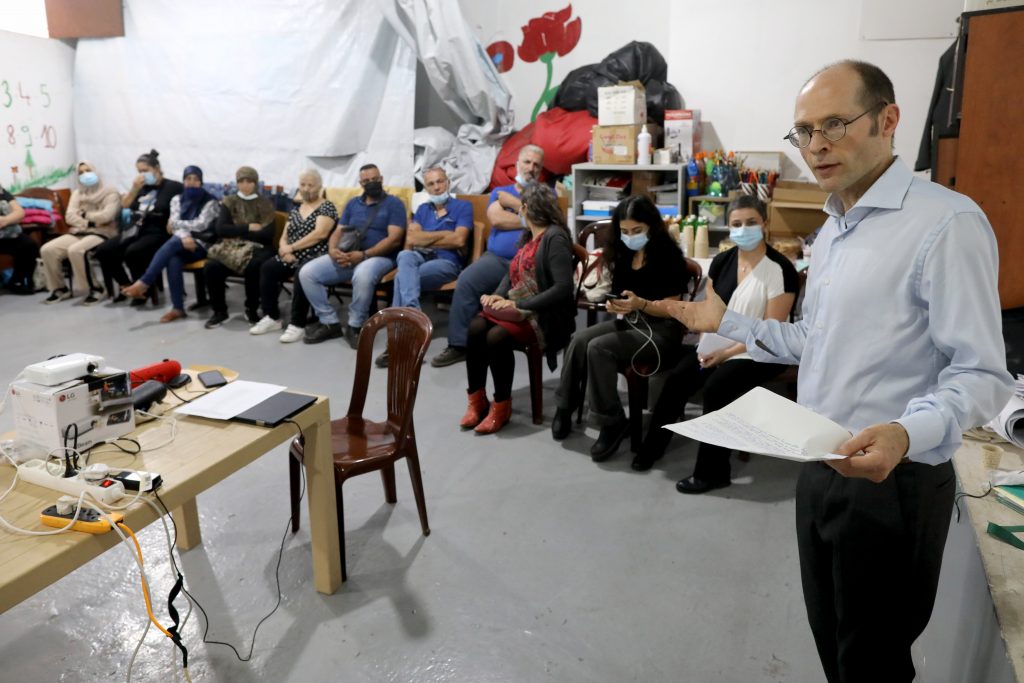 The Lebanese population will have an opportunity to change the course of its history on May 15. Only a government with a clear plan for ending corruption, massively decreasing poverty and inequality, and recovering functioning public services will be perceived as credible by the population and the international community.

In my capacity as UN Special Rapporteur on extreme poverty and human rights, I led a fact-finding mission to Lebanon to assess the current government’s response to the multiple crises affecting the country, and an in-depth investigation into the root causes and impacts of these crises. The result of my investigation, published in a UN report today, is clear: the Lebanese State, including the Government, the political establishment, and the Central Bank are responsible for the human rights violations that have resulted from the crisis, including the unnecessary immiseration of millions of people in Lebanon. To reverse course, the next government must place truth and accountability above hollow politicking, fruitless bickering, and destructive forms of sectarianism.

Corruption is the number one reason why people in Lebanon desperately want to leave the country, and for good reason: Lebanon ranks 154 out of 180 economies in Transparency International’s 2021 Corruption Index. The Panama Papers featured several wealthy individuals involved in politics and banking in Lebanon. Public procurement remains opaque, with billions in public infrastructure contracts going to 10 politically connected companies. Massive conflicts of interest plague the political system, with politicians at top levels of government controlling assets in the commercial banking sector or even sitting as members of boards of directors of the largest banks in Lebanon.

During my fact-finding mission, it was clear that political leadership was out of touch with the desperation they’ve created among a population whose livelihoods they have destroyed – because their own lives continue as if nothing ever happened.

“People eating at restaurants” —a reason I was given by a minister as evidence for the purported effectiveness of their policies— is not a marker of recovery by any serious standards, when an estimated 90% of the population live in poverty. Poverty and inequality are deeply interlinked, yet top government leadership seemed deliberately ignorant of this relationship and of the importance of fair, redistributive tax policies that shift the tax burden towards those with higher incomes and wealth. This convenient, willful ignorance stands against established evidence that inequality fuels civil unrest, undermines trust in the State, and significantly increases the risk of default. More inequality puts more pressure on public services: while the wealthy flock to private alternatives, public services for the broader population deteriorate. And yet Lebanese politicians deliberately transformed their country into one of the most unequal in the world – to the benefit of those at the top.

This extreme inequality can be traced back to the dramatic lowering of income and corporate taxes in the 1990s, which benefited higher-income and wealthy individuals, and a progressive increase in consumption and other taxes, which in turn punished the poor most. These decisions, together with high levels of tax evasion and misplaced investments over decades, effectively turned Lebanon into a textbook example of a country made for the wealthy – a tax haven with privatized public services, including education and healthcare, that only a few can afford, and where the political establishment and its cronies enjoy legal impunity while the rest of the population suffers.

The next government will have the gargantuan task in its hands of credibly showing that it can tackle corruption and end ongoing impunity for the destruction of people’s livelihoods. A clear roadmap based on human rights is needed.

As a first step, public institutions —that is, State institutions that are owned by and that should work for the public— must be opened to scrutiny.

Ironically, Banque du Liban (BDL), the foremost holder of national wealth, is one of the most problematic public institutions from the perspective of transparency. BDL’s accounting practices have long differed from international standards – including partial opacity of its full statements since 2002, counting on future revenues at extravagantly high levels, and failing to disclose losses of more than $60 billion that accumulated since at least 2015 without any oversight. Its losses have de facto been forced on to small depositors and local currency wage earners, whose savings have now disappeared. None of these practices have been scrutinized by a single Parliamentary committee, the main tool to hold central banks accountable in many countries.

The Central Inspection must be given appropriate funding to oversee all public institutions, and real power to investigate individual complaints over corruption and bribery. By law, certain public bodies are excluded from its scrutiny, something that is not widely known in Lebanon and that remains in place despite the country’s numerous anti-corruption laws. The National Social Security Fund, for example, is the main provider of social insurance for the population and therefore the main holder of public assets in the form of salary contributions, but it is so opaque that no one knows what its actual financial situation is.

Second, the new government should embrace accountability, including for the massive capital flight that was allowed by the capital control legal vacuum that benefited the political establishment and its private sector acolytes. Between 2017 and 2021, deposits held abroad by residents of Lebanon doubled, meaning that well-connected individuals, knowledgeable of the impending crisis, moved their money out of the country, dooming the rest of the population in the process. Worse yet, the latest financial recovery plan includes no mechanism to recover excess compensation and other ill-gotten gains in cases of misconduct, a key way to ensure financial wrongdoings can be prosecuted in the future. Conniving political and banking elites must be held accountable for the destruction of the country’s economy.

People in Lebanon are tired of being “resilient” – they want a clean-hands alternative to the current political establishment, functioning public services, and the ability to live their lives in dignity. As Lebanon navigates what is becoming a protracted crisis, accountability mechanisms must be established now to hold those responsible for it to account.

Olivier De Schutter is the UN Special Rapporteur on extreme poverty and human rights since 1 May 2020.